When there is nowhere to run.

Right now the world is a sad and dark place. In all corners of the world children are dragged, unbidden into the darkest and most horrible of conflicts. 200 school girls kidnapped in Nigeria for no greater crime than hoping to get an education, children returning from their holidays shot down, innocent pawns in a conflict which has nothing to do with them, millions of children displaced and in danger in Syria and children bombed whilst they sleep in the only sanctuary they had in Gaza. Victims of Israel's brutal and disproportionate response to the firing of rockets into Israel by Hamas.

I will get one thing clear from the start. I am not an anti semite. We live in a world where any criticism of the Israeli state is met with the standard accusation of antisemitism. And this is part of the problem. No one in their right mind questions or attempts to belittle the terrible crimes committed against the Jewish people by the Nazis. It was a dark and terrible period in our history and one that should be remembered. As both a student and teacher of History, the Holocaust is something I teach and place great importance on. Even when I worked in schools in the Middle East where the teaching of the Holocaust had to be handled with great care,  in large part due to the conflicts within the region, I insisted it should be taught, that an understanding of these events were essential to the study of our world and to a more contextual understanding of the world we live in currently, something I stand by to this day. The fact that this needs clarification in the first place is a massive part of the reason that Israel is allowed to act as it does towards Palestine and faces very minimal international condemnation for its actions.

However, the time has come. Whilst no one will ever wipe away the pain the Jewish people suffered in the Holocaust, the attempted annihilation of another people will not do it either. Hamas is a problem, they operate outside the bounds of diplomacy and politics and endanger life through their rocket attacks, but wholesale slaughter of Palestinian innocents will not prevent that. The International community and that includes Israel's erstwhile allies such as the United States and the UK must no longer be complicit in what amounts to war crimes against largely civilian populations. 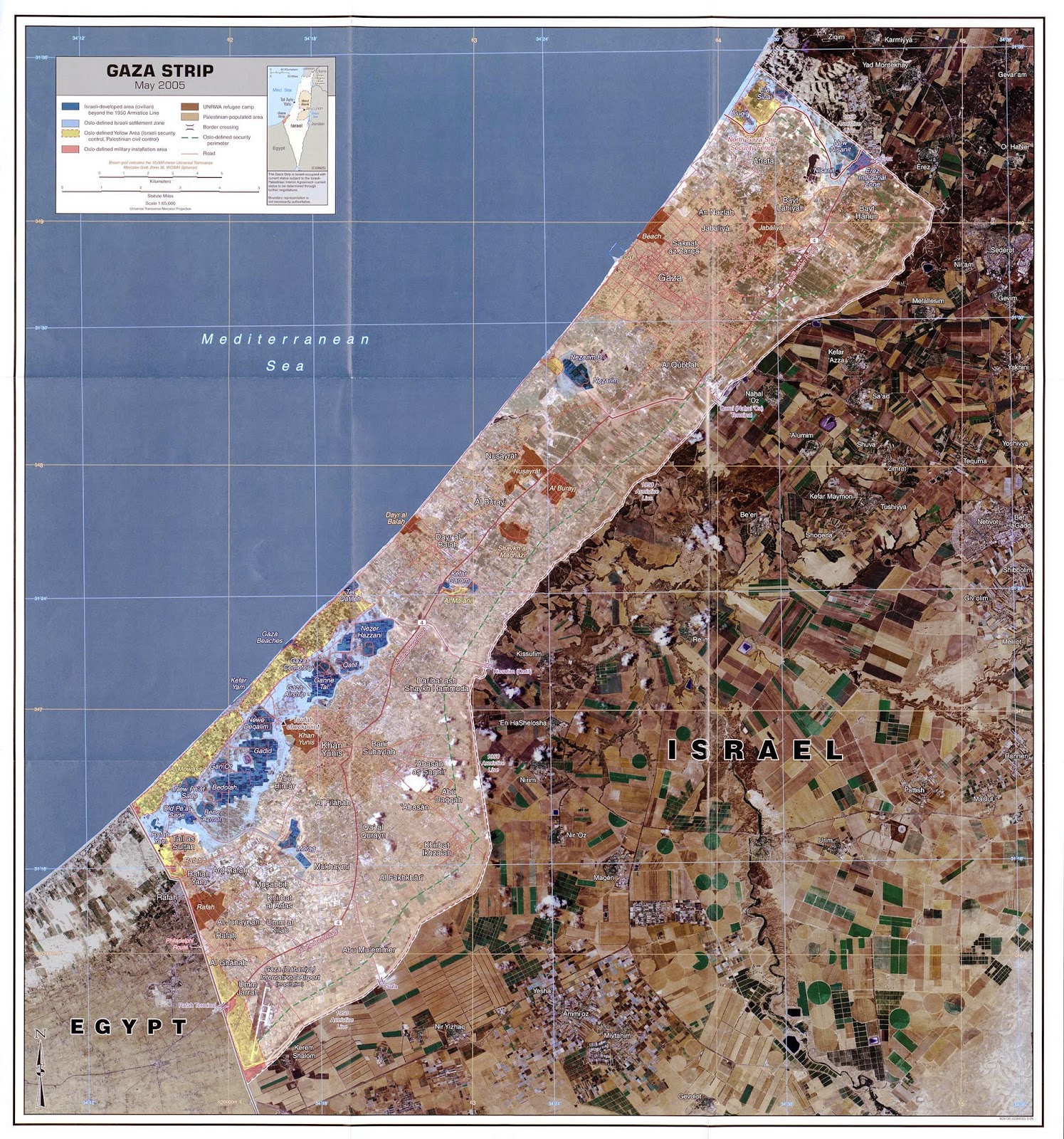 The Gaza Strip is currently the focus of the current conflict between Israel and Hamas and the map gives as good an indication as any of the issues faced by civilians living in Gaza. Both the Israeli and Egyptian borders are closed to them. They have no escape from the unrelenting horror of shelling. Nowhere to run from the ground incursions. Unlike Israel, who has some fairly solid self defence in its Iron Dome technology (more about it here http://en.wikipedia.org/wiki/Iron_Dome) which has significant success in rapidly significantly reducing civilian casualties, the people of Gaza have no such succour. Whilst the Israelis make claim that residents are warned prior to rocket attacks, the number of casualties on the Palestinian side make it difficult to argue any real case for 'self defence' or proportionality of response. Quite simply, the Palestian people, particularly those in Gaza right now, have no where to go and no where to hide. In 2012, Noam Chomsky described Gaza as 'the world's biggest open air prison'. No hope of escape, little hope of a better future. And think on this. The average age in Gaza is only 17 years old. 250,000 Gazans are under the age of 10. These are children. Children who have no safe place to go. Children who were shown without a shadow of a doubt that there was no sanctuary to be had, by the bombing of a UN shelter by Israeli forces.

The news is full of such atrocities. Even amongst the massive media bias towards Israel shown by many boradcasters, you cannot escape the horror. You cannot fail to see what the people of Gaza are being subject to. We, the world, are watching the murder of civilians. Of Children, whose only crime was to be born in the wrong place. As a parent, as decent human being, I am at a loss as to how our governments are able to stand by and do so little, to be so tepid in their responses. I am at a loss as to how any person with even a modicum of empathy, of compassion can even begin to justify Israel's atrocities or call them self defence. How anyone can standby and see the frightened faces of children, the injuries they have suffered and not want to it stop.

Putting my own children to bed last night I was overcome with the notion of just how lucky I am. I was able to put my children to bed last night in the knowledge that they were unlikely to come to harm. That they would sleep peacefully and easy. That they would wake care free and live another happy day. I was shaken by the understanding of just what a luxury that really is. That so many parents cannot, for reasons outside of their control want nothing more than to keep their children safe and yet live with the knowledge that their children live under a blanket of fear, danger, of pain. I cannot begin to truly comprehend how that must feel. But the pain in my heart even contemplating it is such that I know it must be a burden almost too heavy to bear.


If you want to help the people of Gaza there are a few things you can do:

There are a massive number of appeals to can contribute to but here are just a few;

Save the Children, Gaza Appeal
Oxfam
The Red Cross

Write to your MP, the Foreign Secetary or Prime Minister or join in demonstrations such as the one outside the Israeli Embassy in London TODAY (1st August).